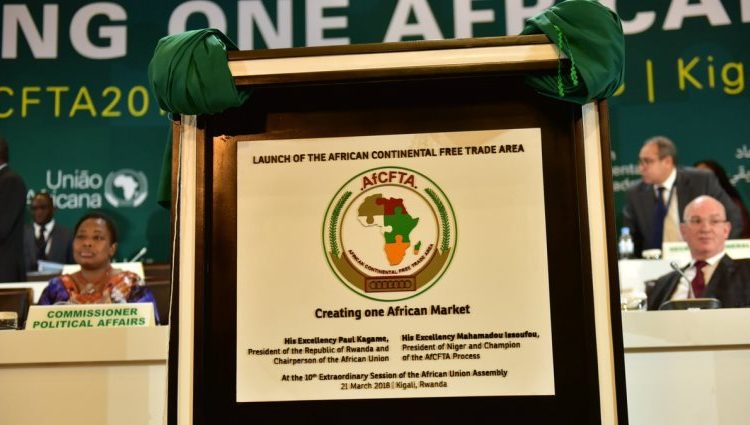 Members of a mammoth African free trade area (AfCFTA) are expected to finalise essential rules of origin by June, an official said on Tuesday.

“Negotiations for rules of origin under the African Continental Free Trade Area (AfCFTA) are currently ongoing … More than 81 percent of the rules of origin for Goods have been finalised.” Ehab Fathy, Head of Rules of Origin Department for African Countries at the Egyptian Trade Ministry, said.

African countries officially began trading under the AfCFTA on January 1, after months of delays caused by the global coronavirus pandemic.

Under the agreement establishing the free trade zone, members must phase out 90 percent of tariff lines over the next five to 10 years. Another 7 percent considered sensitive will get more time, while 3 percent will be enabled to be placed on an exclusion list.

Forty-one out of the zone’s 54 member states have submitted tariff reduction schedules.

The rules of origin – a key step for determining which products can be subject to tariffs and duties – must also be completed. They will play a substantial role in determining the extent of trade that occurs under the FTA, and thus the benefits accrued to African countries and firms.

Meanwhile, Fathy added that there are also ongoing negotiations over18 percent and 19 percent of rules of origin related to some Goods terms that have not been agreed upon, namely fish and crustaceans, leather, clothes and textiles, and cars.

The talks also include some other terms that have not been agreed upon, such as dairy products; vegetable and animal oils and fats; meat or fish preparations; sugar; preparations of vegetables and fruits; food residues; tobacco; cotton; and clothing and textiles.

All rules of origin for the wood and furniture industries sector have been finalised, Fathy said, adding that the foreign component does not exceed 60 percent of value of product.

Noha Nofal, Head of Regional Agreements at the Egyptian Trade Ministry, said that 82 percent of the furniture and wood products sector top the list of non-sensitive goods.

This will be gradually exempted from customs duties over a period of five years under the AfCFTA agreement, Nofal added.