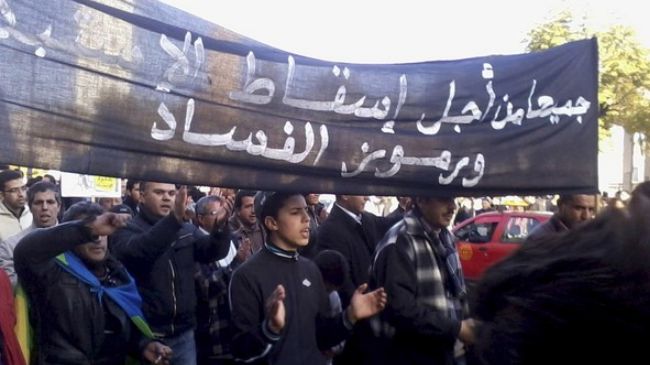 The protesters took to the streets in capital Rabat and several other cities on Sunday to condemn the US-backed regime’s crackdown on pro-reform rallies and demand the immediate release of political prisoners.

The rallies take place a day after regime forces attacked mourners at the funeral ceremony of a slain protester, Nabil al-Zaboori, in the northeastern city of Taza.

Morocco has been witnessing protest rallies nearly every week since February 20, 2011, despite a number of limited reforms announced by King Mohammed VI in an apparent move to avert a national uprising, similar to those in regional African countries that led to the downfall of their ruling dictators, according to Press TV.

The protesters demand deeper political reforms as well as a decisive action against rampant corruption and unemployment.