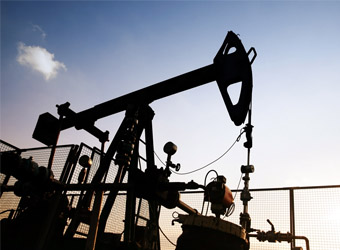 A number of analysts have raised concerns about Apache’s exposure in Egypt, which has struggled with political unrest since a revolution began there in early 2011.

“We operate in the most remote areas of the country, and have for 20 years. Our exploration and production activities continue without interruption, ” said Thomas M. Maher, Egypt Region vice president and general manager. “During the first quarter we maintained a very active drilling pace.”

The first discovery test-flowed at a combined rate of 1,625 barrels of oil and 18.7 million cubic feet of natural gas a day. Operations confirmed 100 feet of pay sands in several zones, and appraisal drilling is planned for later this year.

The second discovery tested at a rate of 2,041 barrels of oil a day. The discovery well encountered 123 feet of hydrocarbon pay. Production is expected to begin once government approvals are received.

The third find encountered 60 net feet of hydrocarbon pay and tested at 14.8 million cubic feet of natural gas and 1,522 barrels of condensate per day.

Egypt is a key area for Apache. During the fourth quarter, the country accounted for about 28% of the company’s oil production and roughly 16% of its natural-gas volume.