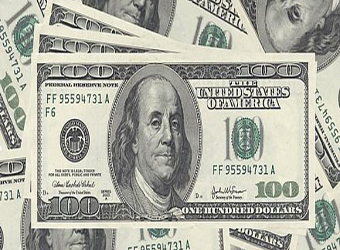 The dollar languished near a 13-month low against a basket of currencies on Tuesday, with traders skeptical that this week’s U.S. Federal Reserve meeting would do much to alter the greenback’s recent weak trend.

The Fed is widely expected to keep interest rates unchanged at its two-day meeting that ends on Wednesday. The focus will be on any hints on whether it may raise rates again this year, and when it will begin paring its bond holdings.

Given the recent weakness in U.S. inflation data, the market is guessing that the Fed’s tone will be dovish and this seems to be weighing on the dollar, said Stephen Innes, head of trading in Asia-Pacific for OANDA in Singapore.

“Without the Fed’s support right now, I think the dollar is just going to wobble,” Innes said, referring to the greenback’s near-term outlook.

The dollar index, which measures the greenback against a basket of six major currencies, eased 0.1 percent to 93.916, trading within sight of Monday’s 13-month low of 93.823.

Any dollar bounce is likely to be limited in the near term, given lingering concerns over U.S. political risks, said Shinichiro Kadota, senior FX strategist for Barclays in Tokyo.

“It’s not as if the driver for the broad direction of dollar weakness has gone away. I don’t think the dollar will keep rising persistently from here,” Kadota said.

Jared Kushner, Trump’s son-in-law and senior advisor, told Senate investigators on Monday he had met with Russian officials four times last year but said he did not collude with Moscow to influence the 2016 U.S. election.

The ongoing probes into the Russia matter by congressional panels and a Justice Department special counsel, as well as reduced inflation expectations, have weighed on the dollar for much of the month.

Market participants say the investigations have been one factor slowing progress on pushing through Trump’s pro-growth agenda of tax cuts and infrastructure spending.