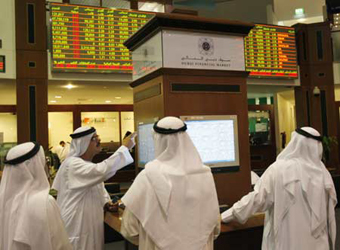 Dubai shares surged to the highest in more then four years after HSBC Holdings Plc (HSBA)said the United Arab Emirates could be upgraded to emerging market status at MSCI Inc. (MSCI) as investor interest in the nation’s assets increases.

The U.A.E. and Qatar are under consideration for a fifth year for a possible upgrade from frontier market status at MSCI. Both countries could be promoted after they improved market accessibility, HSBC said in a report dated May 31. The reclassification could see about $370 million flowing into the U.A.E. and more than $430 million into Qatar, HSBC said. Indexes by MSCI, which is due to announce its decision June 11, are tracked by investors managing about $7 trillion.

“The possibility for an MSCI upgrade for the U.A.E. is the catalyst,” said Montasser Khelifi, a Dubai-based senior manager for global markets at Quantum Investment Bank Ltd. “Plus a recovery in Dubai’s economy and the good market performance this year” are luring investors.

Dubai’s economy is set to expand 4.6 percent on average through 2015, according to government forecasts. The second-biggest sheikhdom in the U.A.E. is recovering from a property crash and a debt crisis, helped by a rebound in tourism, trade and retail. Investor appetite for Dubai assets jumped in the past year as state-linked companies paid or refinanced about $4.65 billion of debt since the start of 2012.

Dubai’s and Abu Dhabi’s measures are among the five best performing benchmark indexes this year out of 94 gauges tracked globally by Bloomberg. Dubai’s gauge has rallied 50 percent this year and Abu Dhabi’s climbed 36 percent.

DFM climbed 15 percent, the biggest jump since December 2009, as the trading volume rose to about 150 million shares, or 6.8 times the three-month daily average. Dubai Investments gained 13 percent to 1.56 dirhams, the highest close since November 2008.

Protests in Turkey Reveal a Larger Fight Over Identity – NY