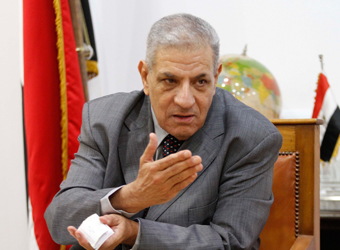 Egyptian government plans to reduce the country’s total public debt from 95% to 85% of GDP in the upcoming period, affirmed Prime Minister Ibrahim Mahlab on Sunday.

He stated that the government aims to do that through varying funding sources, referring to there is a clear decline in inflation rates.

“Egypt is battling all the economic challenges” Mahlab said during CI Capital’s third annual Egypt-focused conference, adding that Egypt is preparing its Economic Summit to be held next March. In addition, Egypt is adopting proven legislative reforms in investment and related sectors.

Mahlab stated that Egypt, in past, had witnessed different levels of reform programmes some of them had succeeded.

“No one can deny that Egypt witnessed promising stage of economic growth within 2004-2010 when growth rates reached 7% and direct investment recorded US$ 13 billion, in addition foreign reserves raised to more than US$ 40 billion while budget deficit decreased to 9%.”  PM elaborated.

Moreover, Mahlab affirmed that Egypt is seriously working on merging unofficial economy with the official one. He said that the state is fully aware of the vital role played by the small and medium- sized projects as they represent large part of private sector’s investments in Egypt.

Believing on encouraging such projects, Egypt had established a new ministry dedicated for the SME sector.

Warning: Stocks Will Collapse by 50%