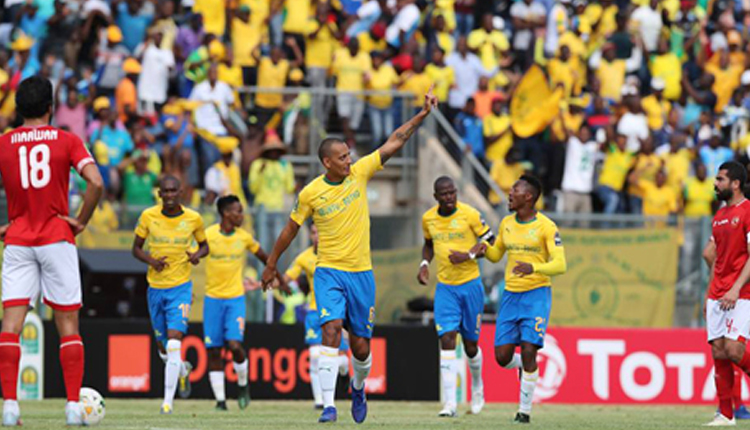 After the stunning 5-0 loss to South African giants Mamelodi Sundowns away from home, Ahly players and technical staff have apologised to the team’s supporters, promising to return to winning ways ahead of Saturday’s return game at home.

The Egyptian giants suffered their worst continental defeat after being blown away by the South African champions in the first leg of the Champions League quarter finals.

“We apologise to the management and the team’s supporters for the stunning loss in the Champions League,” read a statement on the club’s official website on Monday.

“We all are responsible for the defeat and we accept all the management decisions, but we can’t work without the fans’ support, as they are always a big help for the players to return to winning ways,” the statement added.

“We ask the fans to stand behind the team as usual as we don’t have any option except to work hard and do our best to return to winning ways to get back the dignity of the team.”

The team’s football director Sayed Abdel-Hafiz also apologised to the fans and the management for the loss against Sundowns, expressing his confidence in the players ability to make a comeback in the second leg.

“I spoke with the players and informed them that they have to do their best during coming games to repair what happened during the [Sundowns] game,” Abdel-Hafiz was quoted as saying on the club’s official website.

“We will going to a closed camp as part of preparations for the coming games, and I am confident of the players’ ability to please their fans again.”

Sundowns hammered Ahly 5-0 in the first leg at home on Saturday to virtually end the Cairo giants’ hopes of pursuing a ninth African Champions League title.

Ahly, who reached the finals in the two previous years but lost on both occasions, will be eyeing a miracle to go through when they host Sundowns in the return leg on 13 April.