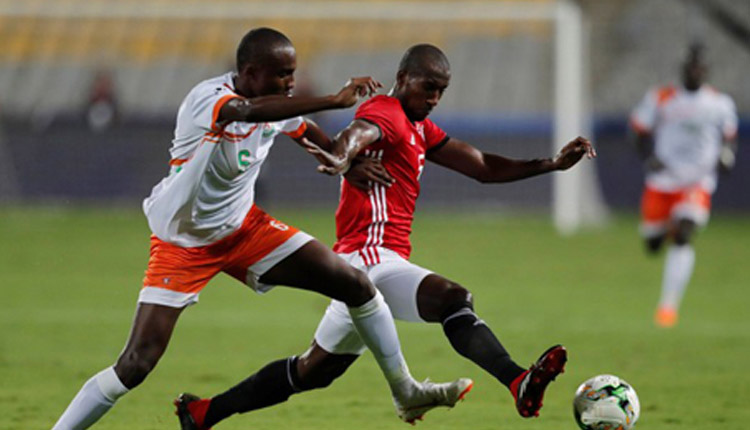 Egypt finished their 2019 Africa Cup of Nations qualifiers campaign under Javier Aguirre with a late 1-1 draw with Niger at the Stade Général Seyni Kountché.

The Pharaohs had already secured qualification to the final tournament after securing 12 points from five rounds, on the top of being the tournament’s hosts after winning the hosting rights in early January.

“Sure I wanted to win the match despite the fact that the result wasn’t influential,” Aguirre said in the press conference after the match.

This lead Javier Aguirre to field an inexperienced starting eleven, which saw three players winning their first international cap, namely Pyramids’ duo Ahmed Mansour and Nabil Dunga, and 20-year-old Amar Hamdi, who is currently on loan at Ittihad of Alexandria from Al Ahly.

Ahmed El-Shennawy started between the sticks for the first time since the 2017 AFCON, with Mohamed Hany, Karim Hafez, and Ali Gabr completing a back four defence line alongside Ahmed Mansour.

The lack of chemistry between the players showed in the opening 20 minutes of the game and the Pharaohs didn’t manage to create any clear-cut chances until the 27th minute, when Amar Hamdi received a pass from Amr Warda inside the box, before forcing the Niger goalkeeper into a save.

Already qualified virtue of their point tally before being granted the hosting rights of the 21 June-19 July Nations Cup, Egypt finished second in Group J with 13 points, three behind leaders Tunisia.

The draw against Niger marked the first time Egypt have failed to win since Aguirre took over following an embarrassing World Cup campaign under his predecessor, Hector Cuper.

The Mexican boss oversaw four straight wins in the Nations Cup qualifiers before the stumble in N’Djamena.

The Pharaohs next host Nigeria on Tuesday in their first warm-up for the Nations Cup, which they are seeking to win for the first time since lifting the last of their record seven trophies in 2010.

Niger had the upper hand in a drab first half, with Mohamed Wonkoye causing constant menace to Egypt’s rearguard down the left flank.

The only real chance in the first half was orchestrated by Wonkoye in the 32nd minute, with the Horoya AC man bamboozling Hani before whipping in an inviting cross to Issa Sidibe, whose close-range volley struck the upright.

Egypt had a solitary half-chance when a low shot from Hamdi was saved by the keeper but he set up the opener in the 47th minute.

Intercepting a poor pass from a defender, Hamdi threaded a pass behind the backline to Trezeguet, who broke clear and beat the keeper at his near post with a low shot.

Niger then took control and wasted a golden chance to restore parity when they were awarded a penalty in the 55th minute, only for keeper Ahmed El-Shennawi to dive the right way and smother the spot-kick.

But they made up for the miss when, from a corner, Moutari collected a pass in the area before blasting a shot into the roof of the night from a tight angle, with El-Shennawi’s slow reaction partially to blame for the goal.

The hosts also squandered a couple of chances in stoppage time as they missed out on a famous win on their mighty opponents.