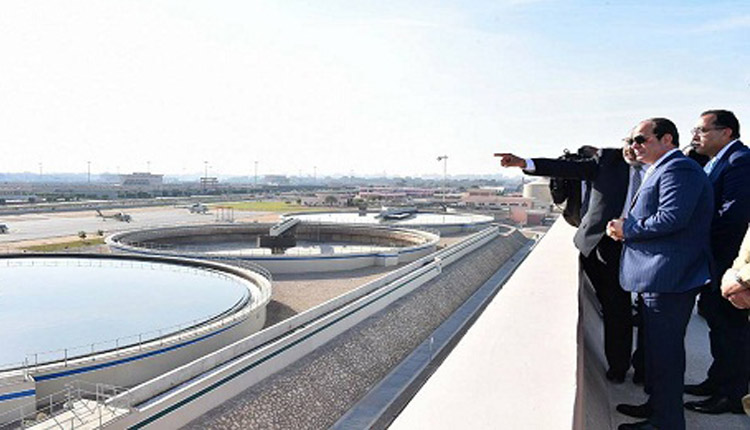 The El-Gabal El-Asfar wastewater treatment plant project in Khanka in eastern Cairo aims to increase the treatment capacity of the plant, which officials said is needed as a result of population growth, thus contributing to improving the water environment and sanitation in the capital.

El-Sisi said during a brief speech at the inauguration of the project that water treatment plants cost the state EGP 18 billion.

Prime Minister Mostafa Madbouli said that the project is one of the biggest three such projects worldwide.

The project aims to raise the production capacity of the existing plant by around 500,000 cubic metres of wastewater per day.

The government plans to eliminate informal settlements and provide suitable housing and living conditions to citizens in the area.

According to a recent government report, informal settlements in Egypt constitute around 40 percent of urban areas in the country.

The state Tahya Misr fund is working on a three-phase strategy to eliminate informal areas. The first phase is developing 351 unsafe slums during 2018, while the second phase is a medium-term plan that aims to renovate the infrastructure of all urban areas.

The government has also implemented hundreds of lower and middle-income housing projects since 2014, in an effort to increase affordable housing.