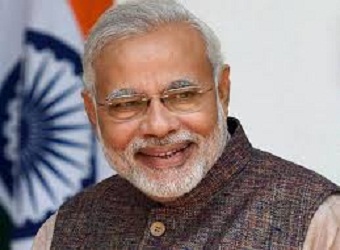 Indian Prime Minister Narendra Modi’s controversial decision to install a rabble-rouser as leader of the country’s most populous state may signal a new direction in his policy platform and potentially sow seeds of religious tension.

In the past, he’s made numerous remarks perceived as hateful towards minority religions in the Hindu-majority nation. He’s asked Indian Muslims to leave the country, recently praised President Donald Trump’s travel ban on certain Muslim-majority countries, and suggested that minorities were to blame for communal riots. Last year, he claimed Mother Teresa was part of a conspiracy to Christianize India. A youth group that he founded, Hindu Yuva Vahini, has also been linked to violent incidents.

“There is no denying the signal this pick (of chief minister) sends: with a huge mandate, the BJP has decided to lead with the face of religious nationalism — not the forward-looking, twenty-first century face of the New India — in their most important state,” said Alyssa Ayres, senior South Asia fellow at the Council of Foreign Relations, in a recent note.

While the BJP itself is a Hindu nationalist party, populism and economic development has dominated Modi’s first three years in office. Up until now, the prime minister has largely concentrated on manufacturing, sanitation and infrastructure initiatives, such as ‘Make in India’ and the nation-wide construction of toilets.

But Adityanath’s rise to power could mean Modi has chosen to focus his governance on religion instead as he looks to cement his leadership before the 2019 general election.

“Adityanath’s selection may seem surprising because his support for Hindutva appears to contradict Modi’s campaign rhetoric of prioritizing economic development above Hindu-first policies,” said Eurasia analysts in a note.

But for the BJP, Adityanath represents a subservient leader who will continue Modi’s anti-corruption drive, shore up support within the Hindu base, and strong-arm the civil service to execute Modi’s agenda, the note continued.

Following his swearing-in on Sunday, Adityanath said he will look to implement measures aimed at curtailing special privileges for government ministers, including a declaration of assets. He’s also promised to improve law and order by eliminating thug rule, a critical issue for a gang-ridden state like Uttar Pradesh.

With a population equal to Brazil’s, Uttar Pradesh is of central importance to the rest of the nation.

“Since independence, the politics of Uttar Pradesh have reflected those of the country as a whole,” said Mark Fleming-Williams, global economics analyst at Stratfor, noting that the state has produced eight of India’s 15 prime ministers. “It is the country’s steering wheel; anyone who wishes to control India must control Uttar Pradesh.”

It’s feared that his inflammatory remarks and practice of divisive politics will spark fresh tensions between the two groups, who have a long history of conflict in India. Islam is the nation’s second-largest religion behind Hinduism, and Uttar Pradesh is around 20 pecent Muslim.

“Until now, Modi’s BJP government has been relatively circumspect on sensitive communal issues, but the appointment of Adityanath signals a shift in its approach. From now on, Muslims are likely to be left with the understanding that they are in a Hindu country — and that their values and beliefs are of secondary importance,” said Fleming-Williams.

Religious unity has long been a perennial problem in the world’s largest democracy but it’s taken on renewed importance amid recent developments. Calls to construct a new Hindu temple in southern Uttar Pradesh and India’s ongoing hostilities with Pakistan in the disputed region of Kashmir have cast an intensified spotlight on Indian Muslims.