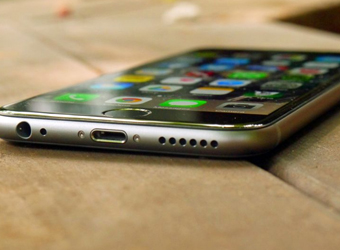 I know the iPhone X and future iPhones are going to be a success because it has completely changed the way I use an iPhone … for the better.

Sometimes, as a reviewer, I return to older devices — or in the case of the iPhone 8 simply a device that uses older technology — to understand how groundbreaking new developments are.

And frankly, returning to the iPhone 8 is frustrating.

I’m used to swiping up from the home screen on the iPhone X to return to my main screen, for example, or double tapping a side button to bring up Apple Pay. Hitting the home button on a traditional iPhone or double tapping it and trying to use my fingerprint for Apple Pay seems almost archaic.

I’m not alone. Michael Gartenberg, an analyst who used to work at Apple, recently sent this tweet:

I’ve felt this about products before.

The original iPhone, for example, felt light-years ahead of the Samsung Blackjack with Windows Mobile I’d been using before it. You didn’t need to think about what you needed to do on the iPhone. You just tapped an icon and an app launched (they were pre-installed at the time, since the App Store hadn’t launched yet.) Or you’d pinch to zoom pictures and maps.

It was a much more natural interaction, as opposed to doing things like like digging through menus, tapping the screen with an inaccurate stylus or poking around on a physical keyboard.

It’s also how I felt about the Amazon Echo. Now, instead of pulling out my phone and trying to pair it with a Bluetooth speaker, I just ask the Echo to play any song I can think of. Instead of walking around the house to turn off lights at night, I just ask Alexa to do it for me.

Instead of Googling for an answer to some random question that crosses my mind, I ask Alexa (or Google Home, for that matter.) They’ve removed any need to sit down, take out my laptop, make sure it’s charged, and then type in a question. That’s real advancement.

It’s a reminder yet again that products that get out of our way are the ones that have the biggest impact.

The products that just do what you want them to do, instead of requiring extra steps or hoop-jumping, are the ones that end up beloved by consumers and reviewers alike. It’s not often that these products launch, and, in the case of traditional iPhones, sometimes we aren’t really sure that what we have could be made so much easier … until it suddenly is.