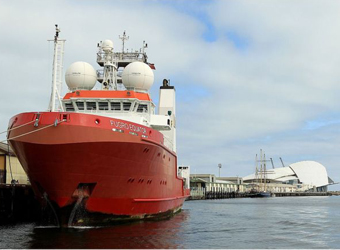 The one remaining ship still looking for missing Malaysia Airlines flight 370 has commenced what is likely to be its final search.

Several ships have combed the seabed of a vast search area in the Indian Ocean since the plane disappeared in 2014.

The Fugro Equator is expected to finish scouring the final portion of the search area by early 2017.

Officials say they will suspend the search if the plane is not found by then.

Not a single piece of wreckage or any clues to the whereabouts of the plane have been found so far by the operation.

“It has been an heroic undertaking but we have to prepare ourselves for the prospect that we may not find MH370 in the coming weeks, although we remain hopeful,” Australian Transport Minister Darren Chester told the West Australian newspaper.

Several countries including Australia and China have taken part in the underwater search.

Whether the Fugro Equator’s voyage is the ship’s final month-long deployment would depend on the weather, the office of Mr Chester told AP news agency.

MH370 was carrying 239 people when it disappeared en route to Beijing from Kuala Lumpur. Many of the passengers were Chinese.

Last week family members of some passengers journeyed to Madagascar to look for clues on the ship’s whereabouts.

A few aeroplane fragments confirmed to be from MH370 had been found by members of the public on the East African and Madagascan coasts in recent months.

The location of the debris is in line with drift modelling patterns based on the theory that MH370 went down in a part of the Indian Ocean near Australia.

The families have expressed frustration at the lack of concrete evidence turned up by the official search, and have called for a coordinated effort to search beaches for debris.

Suspect in Egypt church blast had 2014 run-in with police