Netanyahu, Gantz in unity talks; may rotate as Israel PM 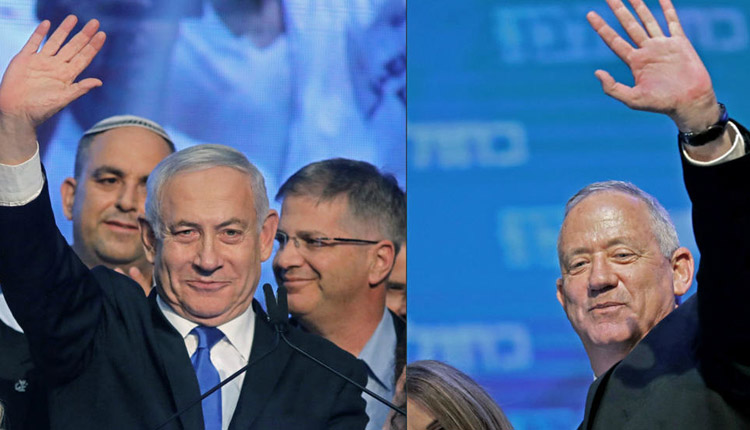 Prime Minister Benjamin Netanyahu and his rival Benny Gantz launched negotiations on Monday over a proposed Israeli unity government and a key politician said the focus was on who would lead it first under a rotation deal.

After failing to secure a clear victory in the second election in six months, Netanyahu, Israel’s longest-serving premier, seems to reckon he can stay in power only by sharing it.

Going solo, neither he nor ex-general Gantz have enough support from respective allies for a majority in the 120-member parliament.

Gantz, head of the centrist Blue and White Party, has been publicly resistant to the idea of allying with Netanyahu’s right-wing Likud, citing looming corruption charges against the incumbent.

“The entire argument right now is over the question of who will serve first as prime minister, and who second,” said Lieberman.

Such a rotation has a precedent in the 1984-88 unity government of left-leaning Shimon Peres and right-winger Yitzhak Shamir, who took turns as prime minister.

If a power-sharing deal is forged, it could be imperative for Netanyahu to serve as prime minister first should he seek to avoid prosecution.