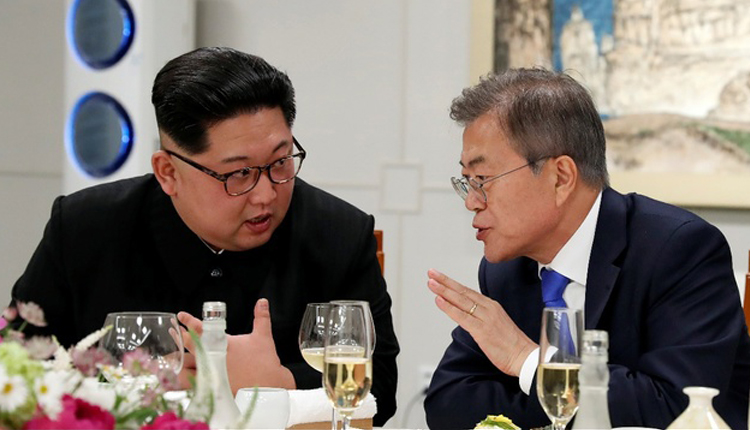 North Korea threw next month’s unprecedented summit between Kim Jong Un and U.S. President Donald Trump into doubt on Wednesday, threatening weeks of diplomatic progress by saying it may reconsider if Washington insists on unilateral denuclearization.

The North’s official KCNA news agency said earlier on Wednesday Pyongyang had called off high-level talks with Seoul in the first sign of trouble in what had been warming ties.

Citing first vice minister of foreign affairs Kim Kye Gwan, KCNA later said the fate of the U.S.-North Korea summit, as well as bilateral relations, “would be clear” if Washington spoke of a “Libya-style” denuclearization for the North.

“If the U.S. is trying to drive us into a corner to force our unilateral nuclear abandonment, we will no longer be interested in such dialogue and cannot but reconsider our proceeding to the DPRK-U.S. summit,” Kim Kye Gwan said, referring to the North’s official name, the Democratic People’s Republic of Korea.

The statements, combined with joint military drills by South Korean and U.S. warplanes, mark a dramatic reversal in tone from recent months when both sides embraced efforts to negotiate.