Palestinian unity government to meet in Gaza by next week 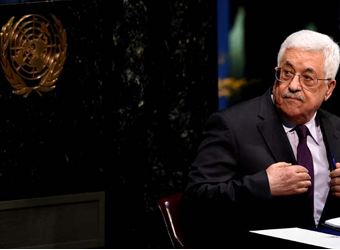 The Palestinian government will meet in Gaza next week to begin taking administrative control of the enclave from Hamas, a statement read, as part of efforts to end protracted rivalry between the Islamist group and President Mahmoud Abbas.

Hamas, which has ruled Gaza since a brief Palestinian civil war in 2007 with Abbas’s Fatah movement, said last week it had disbanded its shadow government and invited representatives of his West-Bank based administration – formally a unity government created in 2014 – to take up posts in the coastal enclave.

But with Hamas security forces still in control of Gaza, the group’s agreement on Sept. 17 to return the day-to-day running of Gaza’s bureaucracy to officials loyal to Abbas falls short of any immediate surrender of its dominion over two million people.

In a statement published by the official Palestinian WAFA news agency, the spokesman for the Palestinian government, Youssef Al-Mahmoud, said Prime Minister Rami Hamdallah and ministers would travel to Gaza next Monday “to begin assuming the responsibilities of the government”.

Reunification, a decade after Hamas and the secular Fatah battled for control of Gaza, may hinge on whether complex issues related to power-sharing can be resolved. Hamas set up the shadow government in May as the dispute with Fatah intensified.

Aiming to pressure Hamas to loosen its hold on Gaza, Abbas had cut payments to Israel for the electricity it supplies to the enclave, leading to cuts in power to less than four hours on some days, and never more than six hours a day.

Abbas also slashed by 30 percent the salaries of some 60,000 Gazans employed by his Palestinian Authority (PA).

Previous attempts to mend the rift between Abbas and Hamas, blacklisted by Israel and the West as a terrorist group, have faltered over the past decade.

But Egypt and other U.S.-allied Arab countries have been pushing for reconciliation, hoping to remove an obstacle to the revival of Israeli-Palestinian peace talks that collapsed in 2014, sources in the Gulf said.

The United Nations has welcomed the effort towards reconciliation, hoping it would alleviate hardship in Gaza.