Sudan, Egypt May Call On Arab League Over Nile Dam 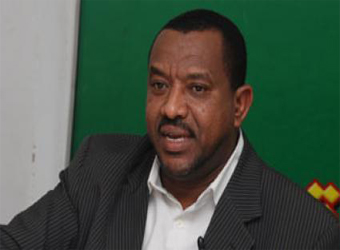 Sudan’s ambassador to Egypt, Kamal Hassan, stated on Tuesday that Egypt and Sudan may call for intervention by the Arab League in response to the diversion of the Blue Nile on Tuesday at the construction site of a new Ethiopian dam project.

“There are continuous calls between the Egyptian and the Sudanese authorities to look into Ethiopia’s sudden and shocking decision,” Hassan told Turkish news agency Anadolu.

He added that the tripartite committee looking into the dam project, which includes members from Egypt, Sudan and Ethiopia, is still in place and negotiations will remain ongoing. A report is expected from the committee in the next few days.

An anonymous source within Egypt’s foreign ministry told Al-Ahram’s Arabic news website on Tuesday that Egypt is “shocked and surprised” by the step taken by Ethiopia.

The source further stressed that Egypt’s irrigation minister would need to account for the details of recent negotiations on the issue, especially as the incident has taken place only a day after President Mohamed Morsi’s visit to Ethiopia for an African Union summit.

However, Egypt’s ambassador to Ethiopia, Mohamed Idris, stated that the decision to divert the Blue Nile was neither a recent decision nor a surprise. He further clarified that Egypt would continue to receive its full quota of 55 billion cubic meters of Nile water regardless of the work on the dam.

Ethiopia announced on Tuesday that it will begin diverting the course of the Blue Nile, one of the Nile River’s two major tributaries, as part of its project to build a new dam, Turkey-based news agency Anadolu reported.

The move, which was called “historic” by Ethiopian government spokesperson Bereket Simon, will outrage Egypt and Sudan, which are downstream, because it will negatively affect their water quotas, Anadolu added.

The Renaissance Dam is one of four dams that could be built along the Blue Nile, one of the two branches of the Nile River, which provides Egypt with around 60 percent of its annual 55 billion cubic meters of Nile water.