U.S. announces around $700 mln in humanitarian aid to Syria 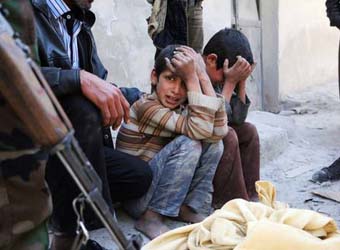 The U.S. State Department announced Thursday more than $697 million in additional humanitarian assistance for the people of Syria, bringing total U.S. assistance since 2012 to more than $7 billion.

“The new funding also helps mitigate the impact of the crisis on governments and communities throughout the region,” the State Department said in a statement.

Nearly $516 million will be destined to assistance inside Syria, according to the statement. Around the region, Jordan will receive about $88 million, Turkey $35 million, Lebanon $29 million, Iraq $15 million, Egypt $13 million and regional organizations $2 million.