ANZ: Gold mining output at its lowest level since the financial crisis 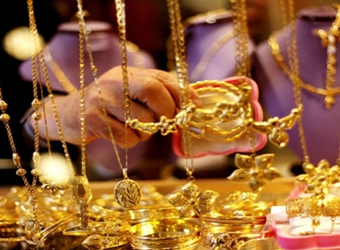 Gold supply from mines has dropped “dramatically” this year, bolstering prices of the safe-haven asset in the face of geopolitical tensions, ANZ stated in a note Thursday.

“Growth in mine output is at its lowest point since the financial crisis, with risks only getting greater,” wrote ANZ’s senior commodity strategist, Daniel Hynes.

Gold production has fallen 2 percent in the first five months of 2017 from the same period a year ago, Hynes added, citing data from the World Bureau of Metal Statistics. Production in the month of May alone was down 3.1 percent from a year ago.

In Indonesia, the government introduced new mining and export permits, prompting Freeport to shut its Grasberg mine, one of the largest gold mines in the world, which produced about 2 percent of world’s gold mine supply at its peak.

In Tanzania, uncertainty is rising after authorities announced a major change to its resource policy which includes an increase in royalties to the government.

In another large producer, South Africa, a revamp of its mining charter may require miners to make changes to the ownership of mining companies.

“With investment conditions remaining subdued, it’s unlikely we will see any rebound in mine supply in the foreseeable future,” Hynes added.

According to the World Gold Council, total bar and coin demand grew 13 percent in the second quarter of 2017, driven by a strong 56 percent increase in Chinese demand.

Gold prices have rallied recently from safe-haven buying due to rising geopolitical risks, including U.S.-North Korea tensions and President Donald Trump’s signals that he hopes to abandon the nuclear deal with Iran, he added.

Google says to introduce the next version of Android on Monday