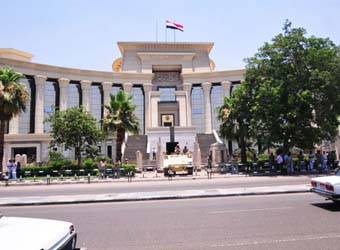 An Alexandria Misdeameanor Court has sentenced 13 people in absentia for two years in prison for illegally protesting against an Egypt-Saudi agreement redrawing maritime borders between the two countries.

Last year, several opposition political parties and movements called for protests against the agreement on 25 April, a day which coincided with the anniversary of Sinai’s liberation from Israeli occupation in 1982.

Dozens were arrested and put on trial for protesting against the deal, which placed the Red Sea islands of Tiran and Sanafir within Saudi territorial waters. Many have since been released after paying hefty fines.

On 16 January, Egypt’s High Administrative Court upheld in a final court ruling a previous decision that affirmed Egyptian sovereignty over the Red Sea islands, rejecting a government appeal against a lower court ruling.