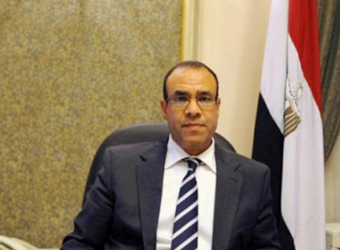 Around 80 Egyptian firms are scheduled to participate in the biggest international fruits and vegetables fair Fruit Logistica that will take place next February in Germany.

The ambassador made these remarks on the sidelines of launching the Egyptian pavilion in the International Trade Fair for Home Textiles, Floor Coverings and Interior Furnishings-Heimtextil 2017 that takes place in Frankfurt from 10 to 13 January.

Darwish met with German Ministers of Foreign Affairs and Economic Affairs as well as representatives of 33 public and private German authorities.

Abdel-Ati clarified that these meetings target promoting investing in Suez Canal Axe region in addition to attracting nontraditional industries in the future.

During the meetings, the German side expressed its keenness on enhancing the Egyptian economy through injecting more investments into the Egyptian market, thus, raising growth rates and providing more job opportunities, the ambassador said.