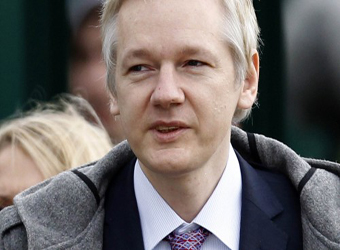 A U.S. Republican congressman perceived as sympathetic to the Russian government tried to strike what he described as a “deal” with the White House to get WikiLeaks founder Julian Assange out of legal trouble with the United States government, The Wall Street Journal reported on Friday.

In exchange, Assange would produce alleged evidence that Russia did not provide the hacked emails released by WikiLeaks during the 2016 presidential election, the newspaper said. The release of those emails appeared intended to damage the Democratic Party in an election that the Republican Trump won.

In a phone call with White House chief of staff John Kelly on Wednesday, Rep. Dana Rohrabacher, R-Ca., described a possible agreement to pardon Assange or “something like that,” the Journal reported. The U.S. government is looking into WikiLeaks’ release of secret government documents in 2010, though it has not formally accused Assange of wrongdoing.

Rohrabacher’s reported offer comes as a special counsel appointed by the Justice Department and congressional committees investigate Russia’s role in influencing the 2016 election. That includes looking into whether the Trump campaign and the Kremlin coordinated. Trump has repeatedly denied any connections with the Kremlin.

Rohrabacher is seen as sympathetic to Russian President Vladimir Putin. In May, a report said fellow GOP lawmaker Kevin McCarthy once joked that “there’s two people I think Putin pays: Rohrabacher and Trump.”