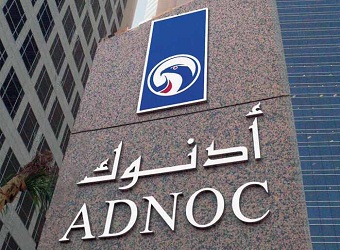 The United Arab Emirates’ energy giant is seeking to boost profitability and gain access to new markets during a period of prolonged low oil prices that has piled pressure on nations dependent on revenue from fossil fuel.

The Abu Dhabi National Oil Company, or ADNOC, is considering an initial public offering of minority stakes in some of its services businesses. The UAE joins Saudi Arabia and Oman in announcing plans to sell equity stakes in portions of their state-owned energy companies.

However, Abu Dhabi does not plan to launch an IPO for ADNOC, the main holding company. That is in contrast to Saudi Arabia, which is expected to attract a valuation of $1 trillion to $2 trillion for Saudi Aramco by taking a portion of the company public in what is likely to be the largest-ever IPO.

The first potential ADNOC services business IPO would be announced in a few months, with shares to be listed on domestic equity markets, according to Abu Dhabi state-owned newspaper The National. In contrast, Saudi Aramco plans to list on international exchanges.

It’s uncertain which businesses ADNOC will take public or how much an equity sale would raise.

ADNOC also announced it wants to expand its model of partnering with international oil majors like Exxon Mobil and Royal Dutch Shell across the three major energy segments: exploring for and producing fossil fuels, storing and transporting them and processing them into fuels and chemicals. The effort is aimed at raising profitability and penetrating markets.

Energy authorities in UAE, OPEC’s fourth largest oil producer, last year gave ADNOC permission to increase output by 400,000 barrels a day to 3.5 million barrels a day by 2018. On Monday, ADNOC said it also aims to create a new energy infrastructure venture and open opportunities in its refining and petrochemicals segments.

A surge in North American production made possible by technological revolutions contributed to a global crude oil glut that toppled prices from more than $100 a barrel in 2014 to under $50 today. That has forced OPEC and other exporters to band together to cut output in a bid to shrink global oil stockpiles.

Growing self-reliance in North America has also fueled a fierce battle over market share in Asia, the engine of growth for fossil fuels, a trend that ADNOC’s CEO acknowledged in his remarks on Monday.

However, ADNOC’s plans are not just about raising revenue, but achieving UAE’s economic vision for 2030, which aims to reduce oil’s dominant role in the economy, she said. That is another trend among Middle Eastern nations.

“It’s about diversification,” she told CNBC. “Is there some element in some quarters where they’re thinking about not the end of the age of oil, but taking a long view of what’s going to be the driver of revenue in these countries?”

UAE is near the front of the pack in this regard, in Croft’s view.

The Abu Dhabi Investment Fund is the Middle East’s largest sovereign wealth fund at about $828 billion, according to the Sovereign Wealth Fund Institute.

UAE has also been a leader in the region in diversifying into the growing renewable energy sector.