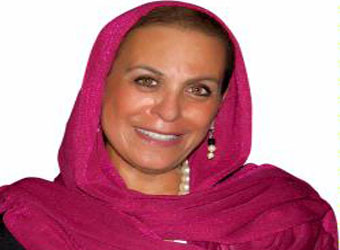 Further, ADIB-Egypt delivered EGP 156 million gross revenues in Q42013, with an increase of EGP40 million or34.9% better than the same quarter in 2012.Net Profit reached EGP34 million in Q4, representing an increase of 106% compared to same quarter 2012.

“ADIB-Egypt continued its steady performance and achieved considerable progress in its financial results. The 2013 results marked the first year of positive net profits since the Emirati consortium acquisition in 2007. The significant improvement is due to the full implementation of the restructuring plan. The plan helped develop a Shariah-compliant diversified portfolio and new products and services that cater to customers’ financial needs.” said Nevine Loutfy, CEO and Managing Director of ADIB-Egypt. “We extend our appreciation to our customers, our stockholders for their continued support and trust and to our employees for their dedication and efforts.”

Taking a closer look at ADIB-Egypt – financial results, the Retail portfolio grew by EGP468.7 million or an increase of 26% during the last 12 months to reach EGP2.3billion.Retail Deposits grew by EGP1.5 billion compared to 2012, bringing Total Deposits to EGP11.1 billion. The overall growth in retail results demonstrate  ADIB-Egypt’sleading position as one of the top three Islamic banking players in the local market with respect to personal finance as well as its contribution in introducing new products such as the Cash Back card. In addition, ADIB-Egypt continued its investment in revamping and relocating branches to better serve its clients.

The corporate bank finance portfolio grew by EGP812.5 million or an increase of 24.6% in the 12 months ending in December 2013 to reach EGP4.1bn. The growth came predominately from top tier local private and public sector companies. Equally encouraging was the growth in commission and fee income, which improved by EGP51.6 million or 86% growth compared to prior year. This growth was mainly attributed to the Bank success in arranging syndicated finance to a number of large companies in Egypt. Further, ADIB- Egypt launched its SME Finance program in January 2013 to reach EGP 76.7million at the end of the year.

ADIB-Egypt continued to build its human resources that represent its most important asset. The Bank continued to invest substantially in training, leveraging the mock branch and offered training to 2465 employees who received a total of 28,000 training hours covering 179 Banking and  Finance topics.

Nevine Loutfy added that “The positive results we were able to achieve in 2013 mean that we are on the right track to occupy a leading position in Shariah-compliant banking products and services. Accordingly, we developed an ambitious plan for2014 with a customer centric focus.”

Finally, ADIB Egypt won the IFN Best Islamic Bank in Egypt for the fourth consecutive year and added a new award for the first time, namely the Best Mudarabah Deal for the year 2013. ADIB Egypt also made the Bloomberg list of the largest managers of Shari’a compliant finance coverage in EMEA 2013.