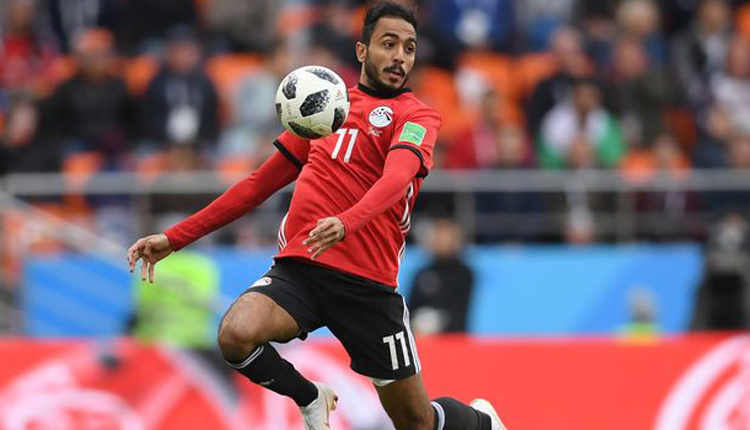 Egypt’s Ahly announced on Friday the signing of former Zamalek winger Mahmoud Kahraba Abdel-Moneim for a term of four and a half years starting from January.

“The deal is a free transfer after the player terminated his contract with Portuguese side CD Aves amicably,” read a statement by on the club’s official website early on Friday.

“The deal is also a step towards meeting the technical staff’s demands to support the team’s squad during the winter transfer window,” the statement added.

“The player will show up in the team’s training sessions once coach Rene Weiler gives him the green light.”

The 25-year-old, who joined CD Aves this summer, terminated his contract with the latter after agreeing on paying the release clause.

Kahraba had sparked controversy after opting to unilaterally terminate his contract with Zamalek to move to Aves in the close season.

He said his contract was not valid and had already run out. Zamalek, however, said the player had signed an extension and could not leave without the club’s consent.

The former Zamalek star is known for his silky moves and catchy feints down the flank, as well as his goal-scoring abilities, but he is often criticised for failing to live up to his potential due to his disciplinary problems.

He has had brief and unsuccessful spells in Europe, with Swiss duo Luzern and Grasshopper.

Ahly are currently in second place in the Egyptian league table, with full marks of 15 points after playing five games so far this season. They still have two games in hand, and are one point behind leaders Arab Contractors.

US lawmakers approve charges against Donald Trump, impeachment is near