Airbus confirms a $50 bln jet order, one of biggest aviation deals in history 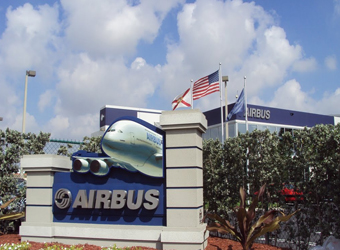 Veteran airline investor Bill Franke of Indigo Partners signed the preliminary order at the Dubai Airshow in November which will trigger delivery of 274 A320neos and 156 A321neos.

The deal is Airbus’ largest ever single order and provides aircraft for Wizz Air, Frontier Airlines, Jetsmart and Mexico’s Volaris. Indigo has stakes in all ‎four airlines.

Bill Franke, managing partner of Indigo Partners, said in a statement Thursday that the deal would help give customers of the ultra-low cost carriers “even more value”.

The list price of the aircraft is $49.5 billion but Airbus has previously confirmed that the private equity firm would not pay that price with the final cost not being revealed.

Franke, who secured financing to conduct the deal on a sale and lease-back basis, said engine selections will be made at a later date.

In a separate deal announced Friday, Airbus has revealed that China Aircraft Leasing (CALC) has signed up to buy 50 A320neos in a deal worth $5.42 billion at list prices.

The European plane maker said the latest order brings CALC’s total order book with Airbus up to around 200 single-aisle aircraft.

CALC is currently the largest aircraft operating lessor in China and is listed on the main board of the Hong Kong Stock Exchange.

Chinese companies have placed huge aircraft orders in the past year. During a visit by Chinese President Xi Jinping to Germany in July, Airbus announced a $22 billion order to supply 140 planes.

Venezuela government says an oil-backed cryptocurrency to launch in days