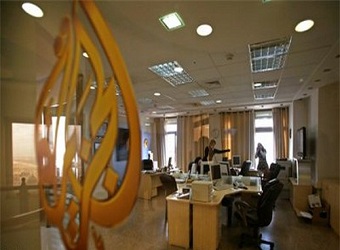 Al-Jazeera, the pan Arabic news channel, has hired a high profile London law firm to take action against the Egyptian government over its treatment of its journalists.

The Qatar-based broadcaster has instructed Carter-Ruck to take action following the forced closure of its offices in Cairo, the deportation of some of its journalists and producers earlier this month, and the jamming of one of the two satellites it uses to reach Egyptian viewers.

Earlier this month a court in Egypt ordered al-Jazeera’s local affiliate to stop broadcasting, along with three other TV channels known for their coverage of Muslim Brotherhood protests, saying that they had operated illegally.

It also follows the deportation of three freelance journalists working for al-Jazeera days after the broadcaster carried appeals from leaders of ousted-president Mohamed Morsi’s Muslim Brotherhood to stage protests against the army-backed government.

Al-Jazeera’s offices in Cairo have been closed since 3 July, when they were raided by security forces hours after Morsi was toppled.

He added that “the new regime in Egypt has disregarded” journalists “fundamental right” to report freely on the crisis engulfing the country, a right that is protected in inernational law.

“[Egypt] seems determined to silence all independent journalism and reporting in the country, leaving only the voices of its own state-controlled media to be heard,” the spokesman said.

Cameron Daley, an international law expert at Carter-Ruck, said litigation would not be the only action it would pursue on behalf of the broadcaster.

“We will also be looking at the diplomatic options. We will be seeking direct lobbying by the US,” he said. “Freedom of expression is; freedom of the press is long established in international law.”

Al-Jazeera said on Thursday its offices and journalists in Egypt have come under attack by the military and the network has been subjected to “a sustained campaign of harassment and intimidation” involving the jamming of transmissions.