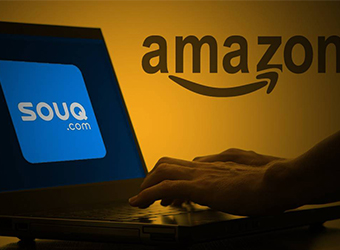 Reportedly, 78 percent of all online shopping in the Middle East and North Africa is on Souq’s e-commerce site. Souq was valued at $1 billion, after raising $275 million from investors like Standard Chartered Bank.

After a dispute over the price demanded – nearly $1 billion – stalled discussions in January, Amazon came around once again in order to explore the opportunity. Also part of the initial discussion was Indian unicorn Flipkart, which had also opted out of the deal. In the running until much later were other prominent entities, like the mall operator Majid Al Futtaim, which also eventually pulled out of the race after being outbid.

A report in The National confirms that Amazon has finally shaken on this deal. The company has also previously been backed by Tiger Global Management and South Africa’s Naspers Ltd.

As of now, Souq has 8.4 million products on offer, after adding books and groceries on to its marketplace. Upon usurping Souq, Amazon now faces the most formidable threat from noon.com – which is also worth $1 billion, and was set to launch in January housing 20 million products, but has faltered on its timeline and is yet to go live. Noon is backed by Emirati billionaire Mohamed Alabbar and the Saudi Public Investment Fund.

Closer home, India clocked around $14-14.5 billion in e-commerce sales in 2016, and Amazon had just about managed to trump the sales of key competitors in Indian e-commerce, Flipkart and Snapdeal, for a few months. However, reports have surfaced as recently as this morning that Flipkart and Alibaba-backed Paytm are in advanced-level talks with Snapdeal, for a possible acquisition. This deal, if sealed, will create a formidable front that will be hard to infiltrate for Amazon. It remains to be seen if Amazon is perturbed by these rumours, and whether it will also join the acquisitions race in order to topple competitors.

Many analysts are calling India a crucial litmus test for Amazon, in order to establish itself as a contender in non-traditional markets outside of North America and Europe – especially after being defeated in the Chinese market by the defending champion, Alibaba Group. This has been confirmed by Amazon spokespersons, according to this Mint article, who admit that India is a key market and is the fastest growing in their cohort of countries, which is why Amazon is open to pumping in lofty dollars in order to establish and further expand their claim.