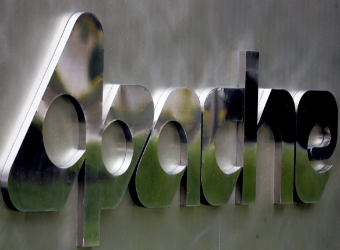 Oil and gas producer Apache Corp said a severe winter hurt output at its operations in Oklahoma, Texas and New Mexico in the fourth quarter.

Apache did not provide an overall output estimate for the quarter.

The company halted some operations because of storms in late November and early December. Widespread power cuts and icy roads slowed down the resumption of production.

Pipeline outages and downtime caused by severe weather offset an increase in output in the Permian Region, which spans New Mexico and Texas, Apache said.

The company estimated that Permian production increased by about 1,000 barrels of oil equivalent per day (boepd) during the fourth quarter. Output there had shot up by about 8,400 boepd during the third quarter.

Apache said output slightly decreased in the Central Region, comprising Texas Panhandle and Western Oklahoma, but did not give an estimate.

Fewer rigs drilling in the region also weighed on output.

The company expects a stake sale in Egypt, divestment of its Gulf of Mexico shelf operations and the sale of some Canadian assets to reduce quarterly production by 134,000 boepd from the third quarter.

Army Chief Said to Be Focused on Egypt’s Problems