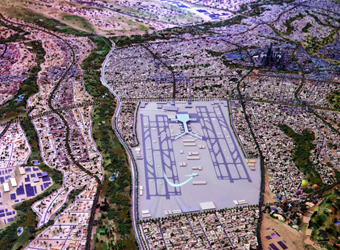 On a total space of 148,000 square metres, the new headquarters locates in the ministerial district, which will include ministries, government agencies, and the president’s office.

“Our volume of businesses in the new administrative capital city is worth more than 10 billion Egyptian pounds ($567.1 million), as it involves utilities works, 78 residential buildings, roads, and some major facilities in the ministerial district,” Salah told Amwal Al Ghad.

Egypt’s ambitious plan to construct a new metropolis 45 km (28 miles) east of Cairo was announced in March 2015 at a Sharm al-Sheikh summit held to lure back foreign investors who fled after the 2011 revolt.

The project, one of several announced by President Abdel Fattah al-Sisi to develop the economy and create jobs for a growing population of 91 million.

Egypt’s trade with BRICS hit $20 billion in 2016 and looks for more: minister