In Japan, the benchmark Nikkei 225 index rose 0.46 percent as markets resumed trade following a long weekend. Automakers traded mixed in the afternoon, with Toyota slipping 1.26 percent. Financials, which were in positive territory in the early going, gave up gains to trade lower, with Mitsubishi UFJ Financial Group shedding 0.76 percent.

Among other blue chips, Fanuc Manufacturing rose 0.76 percent and Fast Retailing was higher by just 0.05 percent.

Down Under, the S&P/ASX 200 edged up 0.61 percent as earnings season rolled on. The materials sector was among the best-performers in the morning, while the heavily-weighted financials sector edged higher by 0.41 percent. 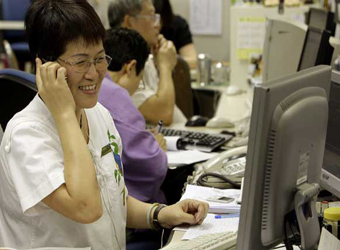 Trading volumes were lighter than usual, with southbound trading on the stock connect closed, ahead of the Lunar New Year holiday.

On the mainland, the Shanghai composite tacked on 1.8 percent and the Shenzhen composite gained 1.34 percent.

Indian markets will be closed on Tuesday for a holiday.

U.S. markets on Monday continued their rebound from what was their worst week in two years, with major stock indexes recording gains of more than 1 percent. Last week’s sell-off, initially triggered by concerns over rising interest rates, saw the Dow and S&P 500 lose 5.2 percent on the week.

The yield on the benchmark 10-year U.S. Treasury note touched a fresh four-year high in the last session. The 10-year Treasury yield stood at 2.85 percent after rising as high as 2.9 percent overnight.

Honda Motor will recall around 350,000 cars in China due to an engine-related problem, Reuters reported. No accidents had been tied to the issue, Reuters said, citing Honda representatives. Honda shares were off by 0.34 percent.

In currencies, the greenback steadied after paring some of last week’s gains overnight as U.S. stocks rebounded. The dollar index, which tracks the U.S. currency against a basket of peers, was stable at 90.095 at 12:18 p.m. HK/SIN.

Against the yen, the dollar pulled back to trade at 108.50, extending losses seen in the last session.

Japanese Prime Minister Shinzo Abe said Tuesday he was not yet decided on who would be the next governor of the Bank of Japan, Reuters reported. Finance minister Taro Aso said that the individual would have to be fluent in English. Media reports last week indicated current governor Haruhiko Kuroda would be re-appointed when his term ends in April, the news agency said, citing a source.