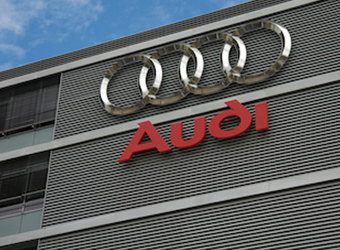 German automaker Audi says it will fit up to 850,000 diesel cars with new software to improve their emissions performance, following a similar move by rival Daimler as the auto industry is trying to get ahead of public controversy over the technology.

Audi, the luxury brand of the Volkswagen Group, announced the voluntary retrofitting programme on Friday. The company said in a statement that it “aims to maintain the future viability of diesel engines” and believes the programme “will counteract possible bans on vehicles with diesel engines.”

The free programme, which will apply to Europe and other markets outside the U.S. and Canada, applies to cars with six-cylinder and eight-cylinder diesel engines. The service action also applies to Porsche and Volkswagen models with the same types of engines.

On Tuesday, Daimler said it will voluntarily recall 3 million Mercedes-Benz cars with diesel engines in Europe to improve their emissions performance.

Diesels have been under a cloud since Volkswagen admitted equipping vehicles with software that manipulates the level of emissions. In the U.S., the software turned on emissions controls during lab tests and illegally turned them off when the cars were on the road, to improve performance.

Separately, five German automakers – Mercedes-Benz, Opel and Volkswagen and its subsidiaries Audi and Porsche – last year agreed to recall a total of 630,000 diesel vehicles in Europe after it was found that real-world emissions often exceeded EU emissions standards.

There have been calls for bans on diesels in several German cities due to concerns about pollution levels, while the government in the large southern state of Baden-Wuerttemberg has said it would reject such demands if automakers came up with a way to adjust older vehicles to reduce emissions levels.

Volkswagen has admitted using illegal software in 11 million vehicles worldwide. It agreed to pay more than $20 billion in civil and criminal settlements and penalties in the U.S. and eight executives have been charged there.

In other cases, engine control software turns off emission controls at certain temperatures to avoid engine damage, carmakers say. That exemption is legal but German regulators have questioned whether its use was always justified.

Auto executives and state and city officials will meet with Transport Minister Alexander Dobrindt at a “diesel summit” over the issue on Aug. 2 in Berlin.

Government officials say the purpose of the summit is to reduce diesel emissions and at the same to ensure that the technology can continue to be used in the future. The auto industry is a major employer in Germany and it’s an election year, with a national election slated for Sept. 24.

Diesels have lower emissions of carbon dioxide, one of the greenhouse gases blamed by scientists for global warming. Automakers say diesel is therefore needed to meet stricter limits on CO2 emissions as part of fighting climate change. Expensive and cumbersome emissions controls are needed, however, to reduce emissions of nitrogen oxide, an air pollutant that harms health.

Stock prices of automakers fell Friday after a report in Der Spiegel magazine that they had colluded for years on holding down the cost of diesel technology and that information about the meetings had been given to German anti-trust authorities. Daimler shares were off 2.1 percent, while BMW shares fell 2.6 percent and Volkswagen dipped 2.8 percent.

The Spiegel report said companies had agreed on things like the size of the tanks that hold a urea solution injected into exhaust gases to control emissions of nitrogen oxide. The report could not be independently confirmed.