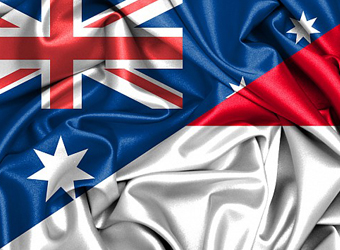 Australian Defence Minister Marise Payne has said she is confident Indonesia will soon restore military ties with her nation.

Indonesia suspended all military co-operation on Wednesday, saying “a lot of things needed to be improved”.

“I think our relations with Australia remain in a good condition. The problem has to be clarified first at the operational level so the situation will not heat up,” he told reporters.

Mr Widodo also confirmed he had sanctioned the suspension, despite his spokesman earlier denying it was his decision.

She said an official inquiry into the dispute would be completed soon.

“I would hope at the conclusion of the inquiry, when we’re able to indicate to Indonesia the steps that have been taken in Australia to address any of these concerns, we’ll be able to discuss resuming the relationship across the board then,” she told the Australian Broadcasting Corp (ABC).

“All forms of co-operation with the Australian military, including joint training, have been temporarily withheld. I hope it can be resolved as soon as possible,” Maj Gen Wuryanto said.

Senator Payne also denied a claim that Australia had tried to recruit Indonesian officers in the past.

The allegation was made by Indonesia’s military chief General Gatot Nurmantyo during a speech in November, according to the ABC.

“Every time there is a training programme – like recently – the best five or 10 students would be sent to Australia. That happened before I was chief so I let that happen,” he was quoted as saying.

Senator Payne said this was “not the case and it is something which we would not countenance, of course”.

An Indonesian newspaper, Kompas, reported that a Kopassus instructor had found “laminated material” at the training facility which he considered to be offensive to the Indonesia’s founding principle of Pancasila.

When asked about this, Maj Gen Wuryanto said there were many reasons for the suspension, without giving further details.

Australian outlets reported the material referenced West Papua, which is at the centre of a long-running independence movement.

“The issue of West Papua was raised by the Indonesian defence minister,” Senator Payne said on Thursday. But she said Australia “of course” recognised Indonesia’s “sovereignty and territorial integrity”.

•The official philosophical foundation of the Indonesian state.

•The principles are: The one God system (monotheism), just and civilised humanity, the unity of Indonesia, democracy and social justice for all.

•Ignoring these principles is illegal. For instance, Indonesians must hold a religion because of the first one – being an atheist is illegal in the country.

Senator Payne would not say whether anyone had been disciplined over the incident, citing the ongoing inquiry.

The countries’ navies had been expected to take part in multinational training exercises next month.

“Whether or not we will continue with the joint exercise, I will have to get back to you on that,” First Admiral Jonias Mozes Sipasulta, from the Indonesian navy, told the ABC.

Bilateral relations have been tense at times in recent years, and have been suspended before, although there had been recent signs of improvement.

Military co-operation between the two nations covers a number of areas, including border control and counter-terrorism.