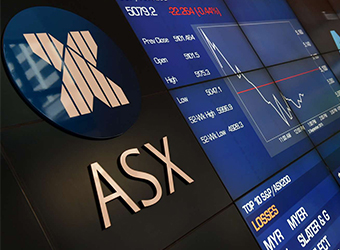 The operator of Australia’s equity market, the Australian Securities Exchange has told CNBC that it looks to snare more international listings, as the initial public offering market slows domestically.

Speaking exclusively to CNBC at the Australian Stockbrokers and Financial Advisors conference in Sydney, newly installed CEO Dominic Stevens says the Australian market is an attractive option for companies that aren’t seeking a so called mega listing.

In 2016 the ASX attracted 118 new listings, more than rival Nasdaq and local peers the HKEX in Hong Kong and the Singapore Exchange.

Stevens attributes the new listing figures to the fact that smaller companies prefer to list on a market like the ASX.

“On the Nasdaq you see listing of about $500 million, where as we see listings where companies are looking to raise between $50 to a few hundred million,” says Stevens.

As floats in the Australian domestic space moderate, the ASX is now turning its attention to grabbing more foreign listings and has seen some success with New Zealand companies seeking a dual-listing in Australia.

Growing listings in the technology space have seen Israeli companies hit the ASX board with greater frequency, but it’s not confined to those two markets.

“We’re seeing companies out of the West Coast of the United States, Singapore and Southeast Asia; where maybe they don’t have a strong local exchange.” Stevens says.

Stevens says floats raising “a few hundred million” appear to be a “sweet spot” for the ASX.

Domestically, the company is investing in technology including an upgrade of its clearing and settlement systems for the Australian equity market.

It is facing competition from London based block chain group SETL that is examining a post trade service to rival the ASX.

“It’s hard for me to comment on something until you’ve actually seen the detail on it, but what I can say is that it vindicates our decision to invest in technology.”

On a major technical glitch that shut down the exchange last September, the ASX tells CNBC you can never say never when it comes to having a fail-safe operating system.

“If you look at the ASX resilience over the last 10 years, we’re now a much bigger market with more complexity, but it kills me that things like that happen and we’re working hard to make sure it doesn’t happen again” Stevens says.