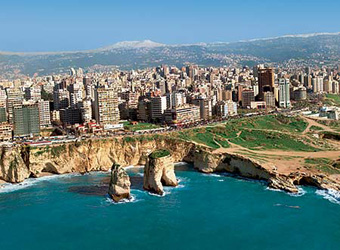 Beirut apartments are still among the most expensive in the MENA region, and Lebanon’s real estate trend is unlikely to remain sustainable, said a recently issued report.

The report, dubbed “Global Property Guide,” ranked Beirut in 50th place in terms of the price of an average apartment.

The average price per one square meter in Beirut was put by the report at $3,223, higher for instance than in Saint Croix in the U.S. Virgin Islands, Manila and Buenos Aires, but lower than cities like Bangkok, Dubai and Riga.

Beirut was ranked in 35th place globally and first place in the region in terms of the price of an apartment relative to its rent, or the price-to-rent ratio. This ratio reflects the years of rent that are required to buy a property, and is typically used for measuring the undervaluation or overvaluation of real estate prices.

At 22, higher than the Arab average of 16, the figure indicates that it could take up to 22 years of rent to cover the purchase price of an average 150-square-meter apartment in Beirut.

But the report warned the trend of high prices coupled with low rent yields is unhealthy and is unlikely to be sustained over the long term.

Beirut ranked in 36th place among 82 markets globally and also in second place regionally in terms of average per month rent of a 150-square-meter apartment.

The Palm Island: The 8th wonder of the world