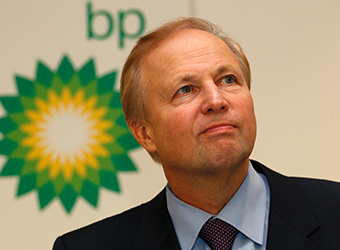 BP disappointed analysts Tuesday morning, reporting lower-than-expected net income in the fourth quarter and annual earnings that dipped to at least a 10-year low. Its shares fell by 2.4 percent in early trade.

The oil giant said underlying replacement cost profit, which it uses to measure net income, was $400 million for the quarter, an improvement from a year ago, but below the $560 million that analysts polled by Reuters were expecting.

Replacement cost profit is a common accounting measure to report profits in the oil industry which takes into account the fluctuations in the price of oil. For the year, this measure came in at $2.59 billion, which was down from $5.9 billion in 2015. Reuters reported that this metric had hit its lowest in at least 10 years in 2016.

The improved figures from a year ago were due to higher oil prices and significantly lower costs. BP added that it is prepared for any volatility that may affect oil prices in the future.

“With our Deepwater Horizon financial liabilities now substantially behind us, BP is fully focused on the future,” he added.

The oil company bought Australian gas stations at the end of last year and struck a deal to take a 10 percent stake in one of the largest oil fields in the Middle East.

Such additions are expected to contribute to higher cash flows but only in the longer term.

“Together with the mostly second half start-up of the new upstream projects expected to come onstream in 2017, these significant and strategic additions mean that BP now anticipates balancing its organic sources and uses of cash by the end of 2017 in a Brent oil price environment of around $60 a barrel,” the firm said in a statement.

It added that its 2017 outlook was dependent on a variety of different factors that could affect the oil market.

“The actual reported outcome will depend on the exact timing of project start-ups, acquisition and divestment activities, OPEC quotas and entitlement impacts in our production-sharing agreements,” it said.