BusinessBanksFeature
By Yomna Yasser On Sep 21, 2022 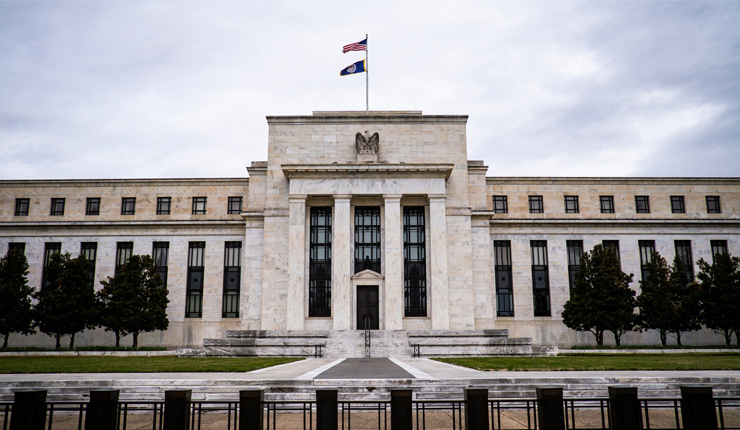 The U.S. Federal Reserve (Fed) has on Wednesday lifted its key interest rates by three-quarters of a percentage point for a third straight time to tame a potentially corrosive outbreak of inflation.

Following a two-day policy meeting, the Fed indicated it will keep hiking well above the current level.

In an attempt to bring down inflation running near its highest levels since the early 1980s, the U.S. central bank took its federal funds rate up to a range of 3-3.25 percent, the highest it has been since early 2008 following the third consecutive 0.75 percentage point move.

The hikes that started in March and from a point of near-zero mark the most aggressive Fed tightening since it started using the overnight funds rate as its principal policy tool in 1990.

The only comparison was in 1994, when the U.S. central bank raised a total of 2.25 percentage points; it would begin cutting rates by July of the following year.

In addition to the rate hikes, Fed officials signaled the intention of continuing to lift until the funds level hits a “terminal rate,” or end point of 4.6 percent in 2023.

The “dot plot” of individual members’ expectations does not point to rate cuts until 2024; Fed Chairman Jerome Powell and his colleagues have emphasised in recent weeks the unlikelihood that rate cuts will take place next year, as the market had been pricing.