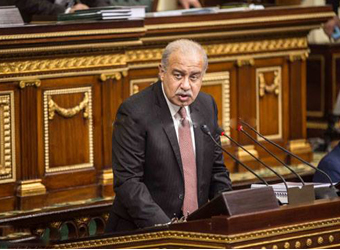 During its weekly meeting on Wednesday the cabinet approved the bankruptcy draft law, which aims to reduce litigation and encourage troubled companies to liquidate its business with streamlined procedures.

Minister of Justice Hossam Abdul Rahim said that the new draft law stipulates that the economic courts would establish bankruptcy management and form a committee of experts to speed up the restructuring and settlement of troubled companies. The new law will depend on the compatibility between the creditor and the debtor.

He continued that the draft law would abolish imprisonment and replace it with fines in bankruptcy cases.

The companies operating in Egypt which face difficulties in completing their investment activity are suffering from the long period and difficult procedures of exiting the Egyptian market either through selective or compulsory liquidation.

Minister of Investment Dalia Khorshid said that the bankruptcy law is meant to be complementary to the new investment law and aims to develop the legislative environment for economic activity, so as to attract more local and foreign investments.

Meanwhile, all economic sectors are suffering from high costs of production after the flotation of the Egyptian pound and the increase in fuel prices. Some sectors have demanded the government increase the price of their products, such as medicines, fertilisers, and agricultural crops, particularly as the dollar exchange rate has jumped from EGP 8.88 to EGP 19 per dollar after the flotation.

Fayed added, in a press conference held at the cabinet, that the government will increase the purchase price of wheat to about  420 pounds per tonne, in line with global prices during the harvest season of wheat in the middle of 2017, and according to the average exchange of the dollar in the last two months before supply.

The minister said that the government will form a committee to regulate the production and trading operations as well as the importing of sugar. The new committee will include representatives from the ministries of agriculture, supply and industry, as well as a representative from the Administrative Control Authority (ACA).

Fayed noted that the government will review the production costs of sugar cane through the new committee.