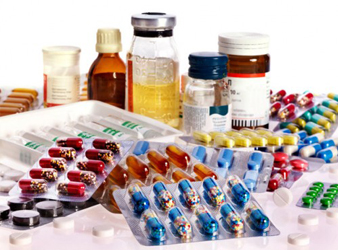 The report by the county’s Export Council of Medical Industries showed that the pharmaceutical sector accounts for nearly 48 percent of the total medical industry’s exports.

The report pointed out that the Egyptian International Pharmaceuticals Industries Company (EIPICO) ranked first in the list of companies with the highest export value, marking $25.1 million in six months.

Pharco Corporation came in second spot with exports of $13.9m, while Medical Union Pharmaceuticals ranked third with $7.2 million worth of exports.

Eva Pharma Pharmaceutical Company was the fourth largest exporter with exports worth $6.1 million, followed by Pharma Swede in fifth place with $3.4 million.

Pharmaceutical companies operating in the Egyptian market achieved sales of 23.1 billion pounds over the first six months of the current year, up by 26.8 percent from the same period last year.

Despite EIPICO following Pharco in selling pharmaceuticals in the local market, the former kept its first place in exports.

EIPICO accounts for a quarter of local pharmaceuticals sales, relying on having its products registered in many countries in the world, especially the markets neighbouring Egypt.

Board member of Pharmed Healthcare Alaa Borhan said that the exports declined due to the low prices.

He explained that the companies that importing Egyptian medicines require contracting at the same prices the drugs are sold for in Egypt, which takes into account social dimension, and this impacts the revenues from exports.

He pointed out that the local pharmaceutical companies were dependent on exporting their products to the countries of Libya, Syria, Iraq, and Yemen, and that the political crises in those countries reflected negatively on Egyptian brands.