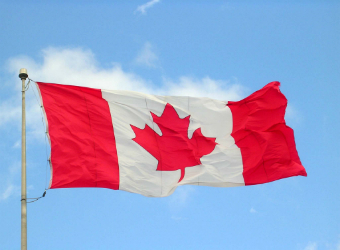 The Canadian government said on Monday it blocked a bid from a company controlled by Egyptian telecom tycoon Naguib Sawiris to buy a fiber optic network, citing national security concerns.

The surprise move by the country’s Conservative government was made with little explanation and comes as many question its appetite for foreign investment in sectors ranging from telecommunications to oil sands.

Manitoba Telecom Services Inc (MTS) had announced in May it would sell its Allstream fiber optic network for C$520 million to Accelero Capital Holdings, which is controlled by the Egyptian telecom magnate.

The government also rejected MTS and Accelero’s offer to take necessary actions to address those concerns, the company said in a statement on Monday.

Canadian Industry Minister James Moore confirmed in a brief statement that the deal was blocked under the national security provisions of the Investment Canada Act.

The statement did not provide any specific details on the government’s concerns, but it noted that MTS Allstream operates a national fiber optic network that provides critical telecom services to businesses and governments, including the Canadian government.

Canada has rarely used its veto power to block a foreign acquisition of a Canadian asset under the Investment Canada Act. The legislation gives the government wide-ranging powers to review whether such deals are of “net benefit” to the country and whether they pose a threat to national security.

In 2010 it blocked mining giant BHP Billiton’s $39 billion bid for the world’s top fertilizer company Potash Corp, stating that the deal was not of “net benefit” to Canada.

This followed a 2008 decision to block MacDonald Dettwiler’s attempt to sell its satellite division to Alliant Techsystems Inc, due to national security concerns.

The rejection of the Allstream deal comes as struggling smartphone maker BlackBerry Ltd, one of Canada’s best- known technology companies, is in talks with foreign players including Cisco Systems, Google Inc and SAP about selling them all or parts of itself, sources have told Reuters.

Accelero said in a statement it was “very disappointed” by the Canadian government’s unexpected rejection of its proposed acquisition of Allstream.

“Throughout this process, we were comforted by Industry Canada that our filings were in order, our submissions complete and constructive, and our proposed binding undertakings serious and substantive so that the transaction would meet the ‘net benefit’ test,” Sawiris said in the statement. “We are disappointed by the Government of Canada’s unfounded and unexpected decision.”

The decision also raises questions about the government’s stated goal of attracting foreign investment to boost competition in the telecom sector.

The government was locked in a war of words with Canada’s top telecom players – Rogers Communications, BCE Inc and Telus Corp – over most of the summer.

The three Canadian telecom giants accused the government of skewing rules for its wireless spectrum auction that began last month in favor of foreign players. The government countered that its rules were designed to boost competition in the sector and reduce prices for Canadian consumers.

The issue became a moot point last month, after no major foreign telecom player registered to participate in the auction process.

Sawiris has been closely involved in the Canadian telecom sector for a few years now and he was instrumental in initially bankrolling wireless start-up Wind Mobile.