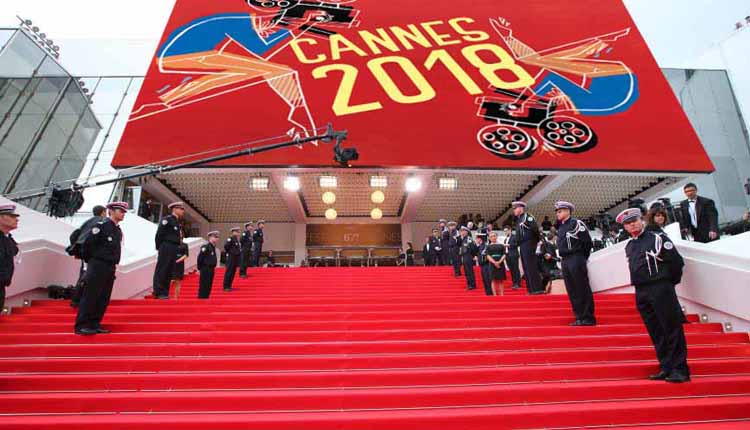 Cannes opened its doors on Monday for a festival that will show the new “Star Wars” spinoff but welcome fewer stellar names than usual.

Critics have said a jury including Cate Blanchett, Kristen Stewart and Lea Seydoux has more A-list acting talent than the films – many from lesser-known European, Asian and African filmmakers – vying for the Palme d’Or.

“Solo: A Star Wars Story,” will be the only Hollywood blockbuster screened during the fortnight, and even that will have already premiered in Los Angeles.

Netflix, which brought a raft of A-listers last year, is boycotting Cannes due to French rules that would stop it streaming movies for three years after a cinema release.

This will also be the first festival in years without Harvey Weinstein, the movie mogul once famous on the Riviera for his lavish parties, but now the subject of sexual assault allegations that have shaken the global film industry.

Weinstein has denied all allegations of non-consensual sex.

Festival director Thierry Fremaux denied that the lack of U.S. movies indicated Cannes was losing its appeal in Hollywood, where studios increasingly release big films late in the year to get visibility in the run-up to the Oscars, which are awarded in late winter.

“You should never judge on one year,” he told a news conference, while adding that the perhaps the famously harsh press corp at Cannes – where movies are often booed during media screenings – might be “scaring certain productions” away.

Hollywood Reporter critic Scott Roxborough said Cannes remained “the number one film festival for quality cinema worldwide” and that its selection of less commercial movies showed “Cannes is going back to its roots.”

“It’s the only place really you can have an unknown film … that within a hour of being shown everybody is talking about it … within a day, a week, it’s the biggest name in arthouse cinema,” he told Reuters.

There are 21 films in the main competition and dozens more vying for other prizes and screening out of competition. Here are a handful of the most hotly anticipated:

The festival opens with this Spanish-language family drama starring Penelope Cruz and Javier Bardem. The writer-director is the Iranian Asghar Farhadi who won foreign language Oscars for “A Separation” and “The Salesman”, taut character-driven realist movies that explore the divisions imposed by social class and national boundaries. “Everybody Knows” is competing for the Palme d’Or.

The House That Jack Built

Danish provocateur Lars von Trier returns after being ejected from the festival in 2011 for telling a news conference he was a Nazi who sympathized with Adolf Hitler – comments he later said were taken out of context.

Matt Dillon stars as a serial killer of women. “We experience the story from Jack’s point of view, while he postulates each murder as an artwork in itself,” according to notes in the festival’s program.

Hollywood Reporter critic Roxborough said the film, screening out of competition, is one of his top-three must-sees, calling it: “a movie that could almost be seen as an answer to the MeToo movement, in a really nasty way”.

Spike Lee returns to Cannes almost 30 years after “Do the Right Thing” was tipped for, but failed to get, the Palme d’Or. (“He said he was robbed, I agree with him,” said Roxborough.)

Lee says the story, set in the 1970s, is more relevant than ever in President Donald Trump’s America.

“Agent Orange refused to repudiate the Klan, the alt-right and the Nazis,” he told Hollywood Reporter.

“‘There’s good people on both sides.’ That’s going to be on his gravestone.”

In competition for the Palme d’Or, “BlacKkKlansman” will open in U.S. cinemas on Aug. 10, one day before the anniversary of the far-right rally in Charlottesville, Virginia where counter-protester Heather Heyer was killed by a car driven into the crowd.

The Man who Killed Don Quixote

Terry Gilliam’s two-decade struggle to make this film has entered movie folklore. An initial version, starring Johnny Depp and Vanessa Paradis, was dumped after a series of calamities meant shooting had to stop.

Finally finished, it remains to be seen if this version, with “Brazil” star Jonathan Pryce as the Spanish knight who tilts at windmills, can be shown at Cannes due to a last-minute legal challenge from a movie producer who says he has the rights over it.

“It’s taken him so long to make this movie I think we all owe it to the man to go and check it out,” said Roxborough of the film that should, but may not, close the festival, out of competition, on May 19.

A Paris court on Monday heard an application for an injunction on showing the film, but will not rule until Wednesday.

Two films in the main competition will screen without the presence of their directors – both prevented from traveling by national authorities in their home countries.

Leto, about the Leningrad rock music scene in the latter years of the Soviet Union, is directed by Kirill Serebrennikov who is under house arrest pending a fraud case his supporters say is part of a government crackdown on artistic freedoms.

Iranian director Jafar Panahi was arrested in 2010 and banned from making films, but has continued to work, to international acclaim. Like his 2015 film “Taxi”, “3 Faces” features Panahi playing himself on screen.