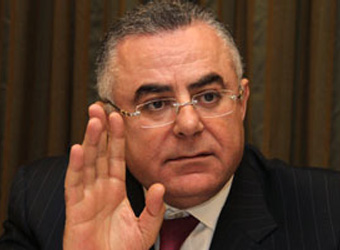 The Central Bank of Egypt (CBE) has offered today its final foreign exchange auction for this week totaled US$ 40 million for local banks. The central bank is offering on Thursday its 111th FX Auction since application and the 93rd since Hisham Ramez hold the office as the CBE’s Governor last February.

The central bank introduced the foreign exchange auctions at the end of December in an effort to stave off a currency crisis triggered by political unrest.

Hence, the CBE has pumped US$ 4.400 billion through its periodic FX Auctions on Mondays, Wednesdays and Thursdays, in addition, CBE had also raised two exceptional FX Auctions totaled at US$ 2.9 billion divided into two FX Auctions, issued last April and May as well as the current September.

The central bank last time offered its FX auction was last Wednesday, Oct 2nd in which the US dollar was sold for EGP 6.88.