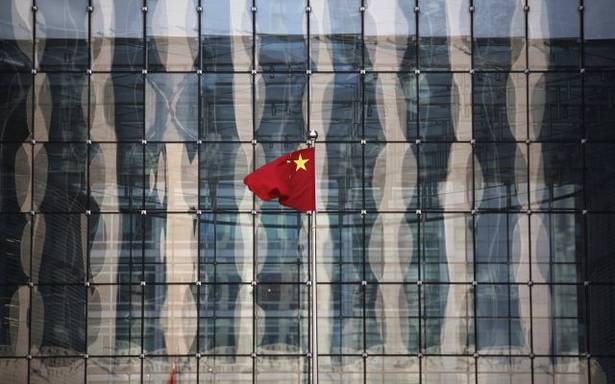 – China must take strong stimulus measures to support growth, with the country in a “critical” period of stabilizing its economy, according to a commentary in the Global Times, a state-backed Chinese tabloid.

Chilling global markets on Monday, Chinese shares .CSI300.SSEC slumped and the yuan CNY=CFXS fell despite Beijing saying it would slash the amount of cash that commercial lenders need to set aside, releasing a net 750 billion yuan ($108 billion) into the banking system.

The planned cut to banks’ reserve requirement ratios (RRRs) would be the fourth reduction this year as China loosens credit conditions to support businesses and calm market jitters amid an intensifying trade war with the United States.

Economists predicted further RRR cuts ahead, though the central bank is not expected to lower its benchmark interest rates – unchanged since October 2015 – in the near term. China has repeatedly said it will not resort to massive stimulus.

In an English-language commentary, the Global Times wrote that perhaps China is unable to overcome these pressures by simply continuing to fine-tune its economic policy.

“In 2008, the Chinese government announced a 4 trillion yuan ($578 billion) stimulus package to fight the impact of the global financial crisis. Now, the Chinese economy is under even tougher pressure amid escalating trade friction,” it said.

“Beijing must draw up strong stimulus policies to inject new momentum into the real economy.”

The views in the newspaper, which is run by the ruling Communist Party’s official People’s Daily, do not necessarily reflect Chinese government policy.

Beijing has increasingly geared its policies toward supporting exporters and persuading banks to offer more loans to small and medium-sized firms, which account for the bulk of the country’s jobs, by lowering banks’ RRRs.

“In our view, this would require additional measures and incentives to encourage banks to increase their exposure to small businesses, private enterprises and innovation sectors,” S&P said.

The International Monetary Fund on Tuesday cut its 2019 China growth forecast to 6.2 percent from 6.4 percent, though it kept this year’s estimate at 6.6 percent. China aims to expand its economy by around 6.5 percent in 2018.

To assess China’s economic situation, one must take a longer view and a more holistic approach, Ning Jizhe, vice chairman of China’s state planner, told the People’s Daily in an interview, stressing that growth, employment, prices and international balance of payments have been stable.

“Some of the difficulties encountered by enterprises are brought about by trade frictions and some due to China’s economic transformation,” Ning said.

China’s commerce ministry has approved six cities for a special trade program in which exporters are exempted from a value-added tax of 16 percent, according to recent local media reports.

Small firms with no export licenses can also bundle their products with trading firms that have permits.

Cities that would soon benefit from the program include Zhongshan in Guangzhou province, Quanzhou in Fujian province and Wenzhou in Zhejiang province.

Total tax cuts for the year are expected to exceed 1.3 trillion yuan ($188 billion), according to Liu.