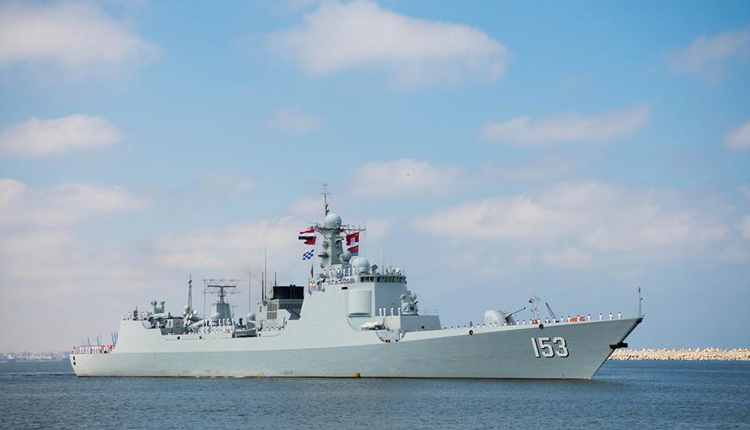 China’s missile destroyer Xi’an of the 32nd naval escort fleet arrived at the port of Alexandria Naval Base of Egypt on Friday for a four-day technical stop.

Chinese Ambassador to Egypt Liao Liqiang and other diplomats of the Chinese embassy in Egypt as well as more than 300 representatives attended the welcoming ceremony and boarded the ship for a tour.

Representatives of the Egyptian Naval Forces and the Commander of the Alexandria Naval Base Hisham Safwat also attended the ceremony.

The arrival of the Xi’an ship is of special significance which will further enhance the friendship between the two countries, said Liao in a welcoming speech.

This technical stop will help strengthen the traditional friendship between China and Egypt and consolidate the friendly cooperation between the two navies, said Zhao Weidong, the commander of the fleet.

A series of activities such as joint maritime exercises and football matches between the two navies will also be held during the four-day stop.

Lagarde takes over top spot of IMF, but new troubles Loom for her successor