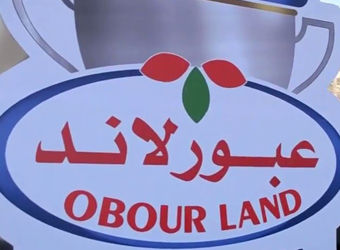 The investment bank CI Capital plans to begin promoting its private offering portion of Obourland for food industries which includes 70% of the offering in five main markets: the US, England, South African, Saudi Arabia, and Emirates (Dubai and Abu Dhabi in particular), according to informed sources in the company.

These markets include financial institutions, investment funds, and individuals who have financial solvency and are interested in the Egyptian market, the sources said.

The recent flotation of the Egyptian pound enhances the attractiveness of new offerings, including Obourland, especially as the price of the US dollar has reached the level of EGP 18, and the value of the pound is expected increase in the coming months. Investors who purchase while the pound is low will see higher returns when the pound’s value stabilises.

The sources ruled out the possibility that, after the offering of shares is completed, the main shareholders in Obourland would use part of the proceeds from the stock sales to increase the company’s capital in the short term.

Both the public and private offerings target the sale of a of 80m shares at maximum, equivalent to 40% of the total shares of Obourland for food industries.

The fair value study has specified a maximum sale price of EGP 9.68 per share. The first portion will comprise 24m shares, representing 30% of the publicly offered shares.

The offering announcement has specified a minimum limit for the initial public offering (IPO) requests at 300,000 shares per investor. The private offering includes 56m shares, equivalent to 70% of the offered shares.

Mohamed Abdel Fattah, the legal partner of Maatouk Bassiouny bureau which handles the legal consultations of the offering process, said 15% of the total offering will be directed towards meeting the demands to resell the shares to the company.

CI Capital plans to begin offering Obourland shares on Tuesday. The final price for the IPO will be announced on 11 December and disclosure on the Egyptian Exchange will take place on 12 December—at least two days before closing the door for IPO requests. The investment bank plans to settle the purchasing orders on 14 December and begin trading on 15 December.

Obourland has a capital of EGP 200m distributed over 200m shares, each of a nominal value of EGP 1.

Moreover, Obourland plans to restructure the shares owned by the main shareholders through establishing Obourland Holding Limited, which is now in progress in accordance with UAE laws. The transfer of the ownership will take place after trading on the shares begins.

The No Objection Letter of the Egyptian Financial Supervisory Authority (EFSA) highlighted the study, adding that the increased sustainable growth rate is higher than normal, describing it as “optimistic” as it does not match the actual GDP growth rates for Egypt’s economy.

The EFSA also noted that the study did not address the expected impact that the currency flotation would have on the company’s activity in the future.

This comes at a time when the company imports 70% of raw materials from abroad.

Credit facilities obtained by Obourland come in local and hard cash; the company is obliged to pay back facilities worth $13.25m and €969,000 to Emirates NBD, as well as $1.82m to the Arab Investment Bank, in addition to $972,000 and EGP 4m to Credit Agricole Bank and another EGP 8.9m to Banque du Caire.

The company’s compound annual growth rate reached 49% from 2013 until 2016 as a result of an increase in demand and the addition of new production lines.

Furthermore, Obourland acquires 39% of the packaged white cheese market, with a maximum production capacity of 134,400 tonnes per year. Its production lines have been operating at 79% of its capacity over the first nine months of 2016.