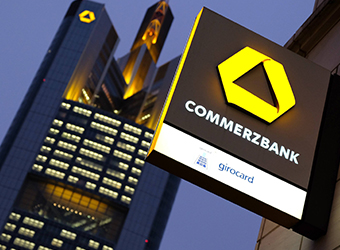 Commerzbank reported Tuesday a 28 percent rise in first-quarter net earnings, benefiting from a positive one-off effect in its run-off unit.

The 217 million-euro ($237 million) net profit of Germany’s second-largest listed lender after Deutsche Bank was ahead of analysts’ expectations for 107 million euro euros.

Commerzbank said it aimed to keep its cost base stable and book the first part of restructuring charges this year, with stable loan loss provisions in its core business.

“It is clear that it will take some time for our growth to be sufficient to significantly outweigh the burden resulting from the negative interest rate environment”, Chief Executive Martin Zielke said in a statement on Tuesday.