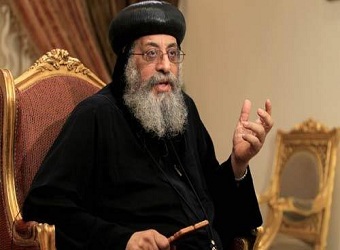 “We demand the arrest of the terrorist elements behind this painful attack … We pray that God will protect the Egyptian people from brutal terrorism,” the Church said in a statement.

Seven men were found shot dead on a beach in Grotha village in eastern Libya on Sunday after they were reportedly abducted from their apartments.

Local residents told Reuters the killers dragged the men from their apartments after going door to door asking if people were Christian or Muslim.

Egyptian foreign ministry spokesperson Badr Abdel-Aty said the dead men were identified by an eighth Egyptian who was abducted but managed to escape.

The Egyptian embassy in Tripoli and the consulate in Benghazi are working to finalise the procedures so the dead men can be returned to Egypt, Abdel-Aty added.

Abdel-Aty said he is expecting the Libyan authorities to conduct a swift and thorough investigation into this “horrible crime.”

Since the revolution that ousted Muammar Gaddafi, Libya has been struggling to impose state authority and control over brigades of former rebels and Islamist militias in a country awash with weapons.

Last month, a British man and a New Zealand woman were also found shot dead on a beach 100 kilometres to the west of Tripoli.