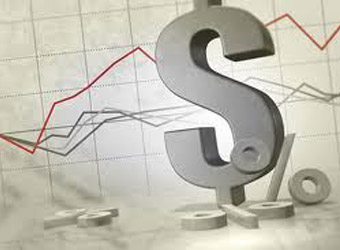 The dollar edged higher against the yen on Monday, pulling away from last week’s near 4-month low, with rising tensions between the United States and North Korea seen as the key to the near-term outlook.

The dollar, which had come under pressure on Friday after softer-than-expected U.S. inflation data for July dampened expectations for another Federal Reserve interest rate hike this year, still faces potential headwinds against the yen from geopolitical tensions, analysts say.

“The dollar is now close to the bottom of a 108 yen to 115 yen range. If tensions escalate further, then there would be an increased risk of a drop to levels below 108 yen,” he said.

The dollar has traded roughly between 108 yen and 115 yen in the past several months, and has support on technical charts at 108.13 yen, the low struck on April 17.

A drop below that level would take the dollar to its lowest since last November, and analysts say its fall might pick up steam if it breaks below 108.00 yen.

China’s President Xi Jinping said on Saturday that there needs to be a peaceful resolution to the North Korean nuclear issue, and in a telephone call with U.S. President Donald Trump he urged all sides to avoid words or action that raise tensions.

The yen had gained a lift last week after Trump warned North Korea that it would face “fire and fury” if it threatened the United States. That prompted North Korea to say it was considering plans to fire missiles at Guam, a U.S.-held Pacific island.

The yen is often sought in times of geopolitical tension or global financial stress, partly because Japan is the world’s biggest creditor nation, and there is an assumption that Japanese investors would repatriate their foreign holdings in times of heightened global uncertainty.

The yen had limited reaction to data on Monday showing that Japan’s economy expanded at an annualized rate of 4.0 percent in April-June, the fastest pace of growth since January-March 2015.

China’s factory output in July grew 6.4 percent from a year earlier, while fixed-asset investment expanded 8.3 percent in the first seven months, both below economists’ forecasts. Retail sales in China in July also rose less than expected.

The Australian dollar, which is regarded as a liquid proxy for bets on China’s economy, held steady at $0.7892, staying above Friday’s low of $0.7839, which was the Aussie’s lowest since July 18.

Data on Friday showing a smaller-than-expected rise in U.S. consumer prices in July has added to doubts on whether the Fed would raise interest rates again this year, weighing on the dollar.

“The bias is still negative on the U.S. dollar,” said Heng Koon How, head of markets strategy for United Overseas Bank in Singapore, adding that the market isn’t convinced that the Fed will raise interest rates any time soon.

The dollar index, which measures the greenback against a basket of six major currencies, edged up 0.1 percent to 93.168, after slipping around 0.3 percent on Friday.