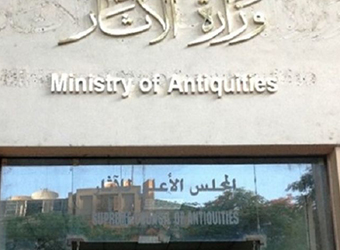 Egypt’s President Abdel Fattah al-Sisi, commissioned a committee from the Antiquities Ministry to prepare studies on the development of historical palaces, to be implemented by the Military Technical College, according to the head of the Central Administration of Restoration at the Ministry of Antiquities Gharib Simbel.

The committee held its first meeting on the development of four historical palaces on Thursday, Borsa news quoted Simbel as saying.

The four palaces are the Palace of Mohammed Ali in Shobra, Baron Empain Palace in Heliopolis, the Palace of Alexan Pasha in Assiut, and Rest of King Farouk in Giza, said Simbel.

Head of the central administration of the restoration said the cost of the development and rehabilitation of Alexan Pasha palace will be about ten million Egyptian pounds, as the majority of the work of the project will be limited to restoration, unlike the palace of Mohammed Ali which needs further construction work.

The Ministry has already started restoration work at Alexan Pasha palace three months ago, he pointed out.

Among the proposals put forward during Thursday meeting was using the Baron Palace for holding conferences, said Simbel.

He added in a previous statement to Borsa news website that the Ministry seeks to re-inaugurate the rest of King Farouk in the Pyramids area at a cost of 60 million pounds, which the Ministry cannot afford in the meantime.

The total number of archaeological mansions is 45 nationwide, including tn palaces that need restoration work, according to Anani.