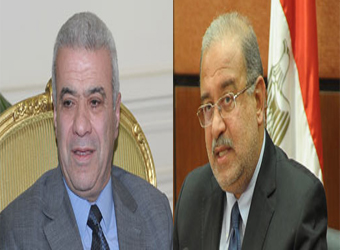 Organized by Business Media Group (BMG), the Egyptian Ministries of Electricity and Petroleum will be holding a conference entitled “Renewable and Non-renewable Energy: the Future and the Investment Opportunities” on February 17th and 18th.

Amwal Al Ghad is set to provide the media sponsorship for the milestone event.

The importance of such an event comes by the virtue of the hopes and aspirations made on the renewable and non-renewable energy sectors to help to lift the gruesome energy crisis haunted by Egypt over some years.

The milestone event is set to discuss plans drawn up by both the Egyptian government and the public sector with the participation of all parties working in the energy industry which represents Egypt’s tug of development for the upcoming years.

Ahmed Gamal – Executive Director at BMG – said: “The conference; ‘The Renewable and Non-renewable Energy: the Future and the Investment Opportunities’ will underscore the latest developments in energy sector.”

The conference will include a wide network of key players in developing the renewable and non-renewable energy sectors in Egypt, comprising  government officials and firms, he added.

Through its 10 panels, the conference aims to familiarise the participants with the latest renewable energy technology such as solar and wind energy in addition to other sources new like the oil shale.

Moreover, the event will highlight the major challenges plagued by the energy sector in Egypt, notably legislative framework, setting a fair pricing to produce the new energy as well as providing incentives and guarantees required to accelerate the production growth rates of the renewable energy.

The Conference is set to tackle the Egyptian Electricity Ministry’s strategy regarding the renewable and non-renewable energies as well as the major challenges and necessary legislations in accordance with meeting the needs of the private sector which will bring such a strategy into force.