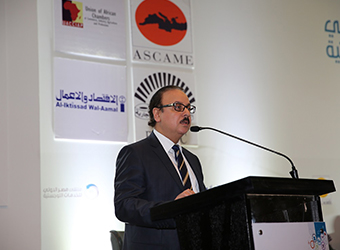 Speaking on the sidelines of the 37th Gitex technology Week in Dubai, the Egyptian minister further said the country’s ICT sector exports rose to $1.87 billion.

The 37th Gitex technology Week, the largest information technology and communications exhibition in the Middle East, Africa, and South Asia, opened on Sunday doors to trade and businesses.

The event, which runs until Friday, October 12, has been inaugurated by Sheikh Hamdan Bin Mohammad Bin Rashid Al Maktoum, Crown Prince of Dubai and Chairman of the Dubai Executive Council. It takes places at the Dubai World Trade Centre.

More than 4,100 companies from more than 70 countries are taking part, mainly from Egypt and Saudi Arabia. Around 26 ICT firms from Egypt are participating in Gitex, including six startups.

The event will see the latest in emerging technology from 700 start-ups that may be scouted by one of the 250 venture capitalists on site searching for the “next-big-thing” in technology.